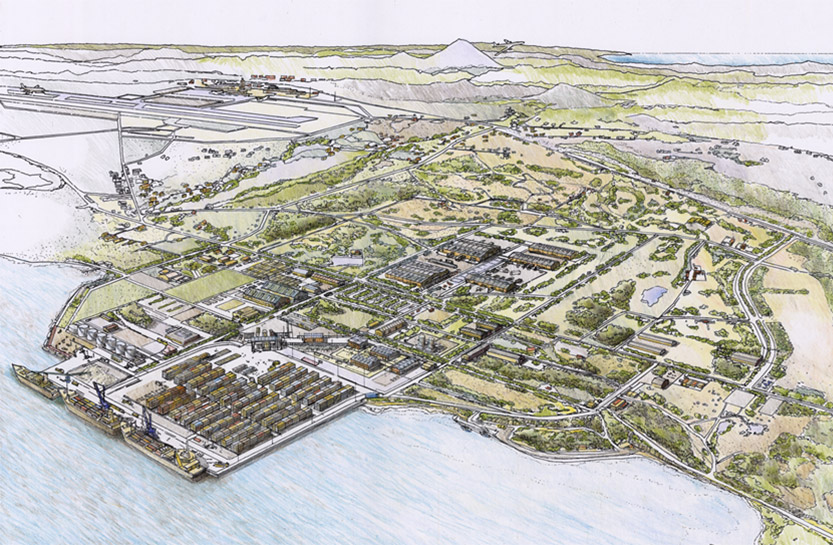 Oranjestad – Janssen de Jong Caribbean companies, N.V. Arubaanse Wegenbouw Maatschappij and Albo Aruba N.V., have been awarded contracts for the construction of the infrastructure and office buildings, garage and warehouse for the new container terminal at Barcadera.

AWM’s scope consists of the utilities piping, earthwork, paving and other infrastructural work, while Albo will erect all the buildings.

Currently, AWM and Albo are working on the maritime part of the container port. A new track is being built for a crane and the existing quay wall is is being extended to increase the number and size of ships mooring . This project is being executed for American Bridge Company. ABC is now working on the water works of this project. ABC has been contracted by the Aruba Port Authority.